Since its foundation in 1978, headquartered in Porto Alegre / RS, Itaipu has stood out as a precursor in many of the paths to be conquered in this market, which is so fundamental for Brazilian companies.

Ahead of its time we were one of the first companies to enter the internet - network, through the creation of the website that until today has the same address and domain. With the increase in the fleet in the 90s, we had 85% of it already controlled by satellite, a period when this resource was highly necessary when few still had it. As well as at the same time, we were already moving towards imputing bar codes on cargo volumes, initiatives in line with its avant-garde image in the best ways to meet market demands.

With the arrival of the 2000s, the company also allied itself with the environmental issues of the moment, launching itself into the experiment with the “EcoWash Truck”, a technique used to clean trucks without using water. This started the achievement of SASSMAQ certification - Safety, Health, Environment and Quality Assessment System. The "Despoluir" Program ends up adding to this action for the environment that would aim to bring awareness and commitment to the theme to the transport activity. 54 of the vehicles equipped with opacimeters (measuring the pollution released into the air by diesel) were taken to participate in this initiative.

Then, in the coming years and continuing this main agenda for the development of the logistics business in the Rio Grande do Sul market, Itaipu was one of the first companies to install itself in the Porto Seco Complex for transport companies. In addition to contributing to the success of the enterprise and to the active participation in the achievements and intermediation with public companies and local entrepreneurs for this achievement. It was among the 56 companies that joined the project, generating 2,500 direct jobs and 1,900 indirect jobs in their entirety in the period.

Our businessman and Director Afrânio Kieling was present, in practically all his professional journey, in bodies that promote the growth of road transport in Brazil, like the Presidency of SETCERGS, during 2 terms. And currently, he is president of Fetransul - Federation of Logistics and Cargo Transport Companies in RS.

Today the concept of Operator in Logistics Solutions is the breadth in scope and diversification of services, including multimodal, as a result of the experience of more than 40 years of know-how in transport operations. Itaipu places itself as an active and participative company in the market, recreating and expanding the way to provide the best and most modern solutions in the area. Maintaining quality and customer satisfaction in particular is a premise that comes from those present, and always ahead of their time throughout their journey. 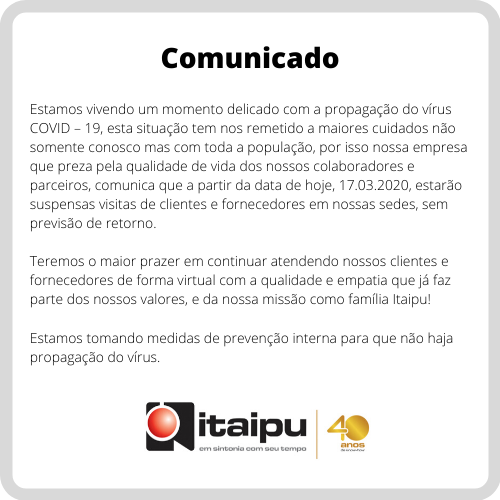 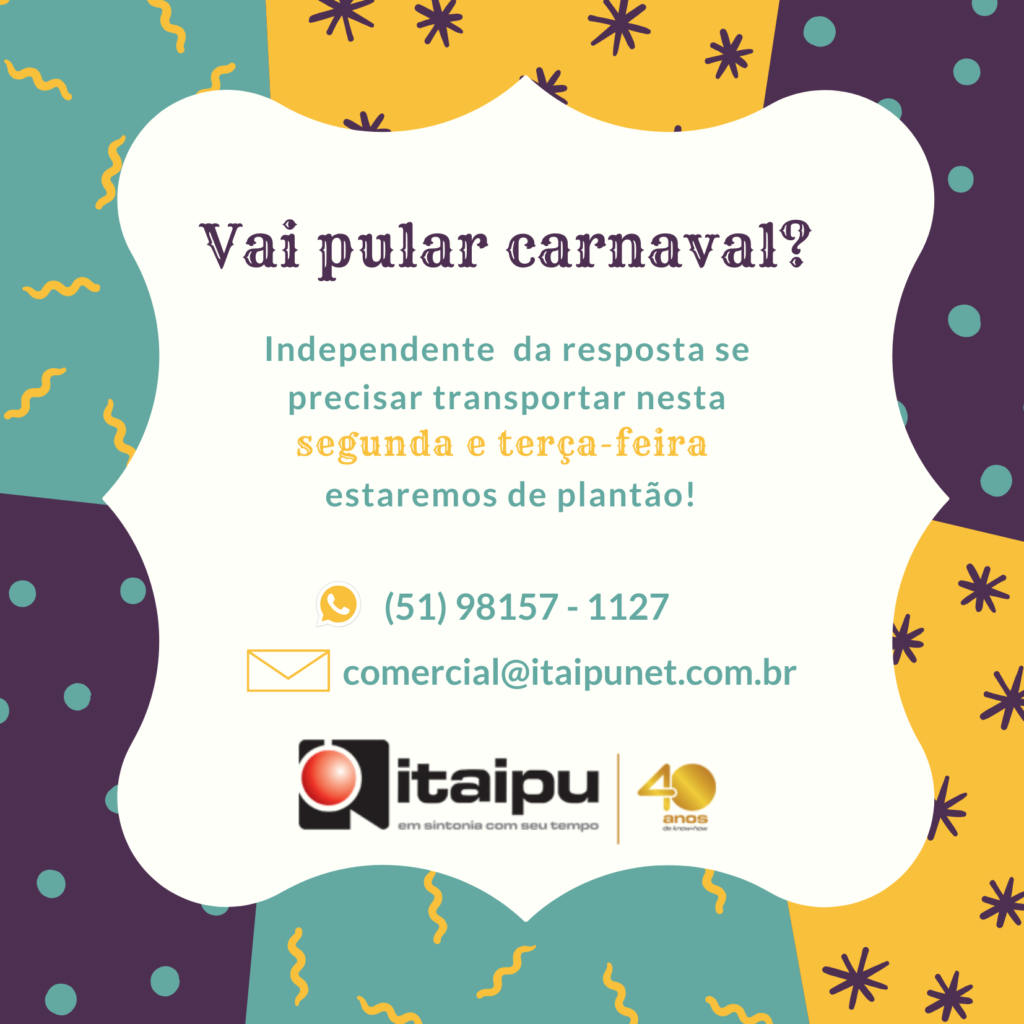